A Coruna, Galicia - port city on the sea

Seven Reasons to Love A Coruna

​One:    There is no better way to get some fresh air and exercise than by walking along the palm tree lined promenade.  For starters, it’s a great way to soak up A Coruña’s architecture, culture and atmosphere as well as the bracing sea air.  At six miles, it is Europe’s longest prom and is almost an outdoor gym for the locals who can be seen there jogging, walking or cycling - there is a bike lane so you’re not going to be mowed down by cyclists.
​
Two:  You may meet British hero Sir John Moore – actually Suso Martinez – who throws himself into character with abandon.  His is one of eight free guided tours in town where the re-enactment guide really gets into the spirit off the event by ‘becoming’ the character. John Moore’s mistress, Lady Hester Stanhope, niece of one time British Prime Minister Sir William Pitt, is said to haunt San Carlos Garden where Moore is buried. She wafts in every year on the anniversary of his death before vanishing into thin air.

Three: ﻿﻿The Tower of Hercules﻿﻿ still stands majestically just as it did when erected by the Romans in the first century AD.  This is the world’s oldest working lighthouse and has been a UNESCO designated site since 2009.  Those who don’t mind hoofing to the top are rewarded by far-reaching views over the town and across the Atlantic Ocean.

Four:  Linger over lunch, or indeed, delight in a delicious dinner in this city that has more Michelin stars than any other city in Galicia.  Seafood is star here, from octopus and squid to scallops, mussels, crayfish and shrimps.  My favourite restaurant is ﻿﻿Pablo Gallego﻿﻿ in the old town, where staff are helpful and friendly, food is top notch and the setting is perfect. 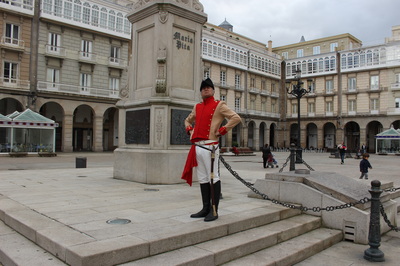 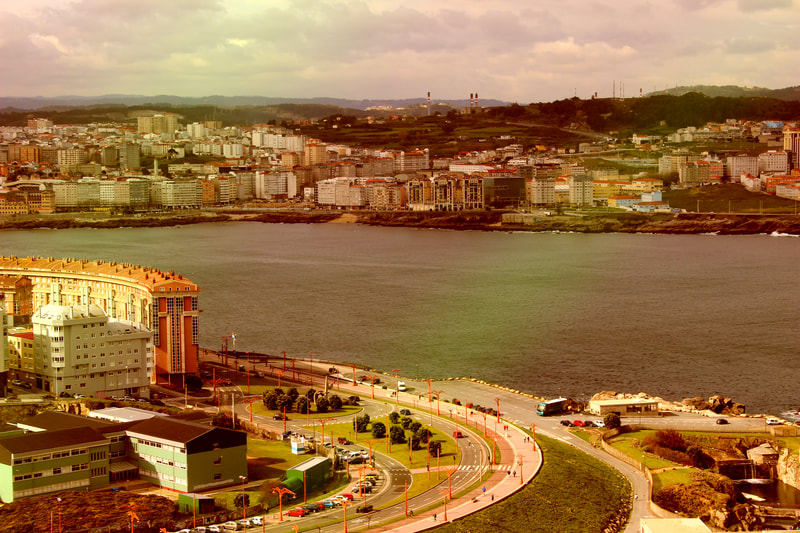 Five:  For beach lovers, the city’s two main beaches Playa de Riazor and Playa del Orzan, have Blue Flag status and are bang in the middle of town. There are areas for surfers, dog walkers and families.

Six:  Like to shop?  A Coruna is the birthplace of fashion chain Zara and the first shop opened here in 1975. The company is the world’s largest fashion retailer with more than 6000 outlets.  As well as Zara, the company also owns the brands Bershka, Pull & Bear and Massimo Dutti.

Seven:   Strike out for Monte San Pedro, a hilltop park 2km from the city centre with exceptional views over the city and coast. This is where to find the Cúpula Atlántica, an observation dome with displays on A Coruña, as well as a maze, cafe and two enormous guns from the 1920s.Those who don’t want to hoof it to the top of the hill can get whisked there by funiciular railway. 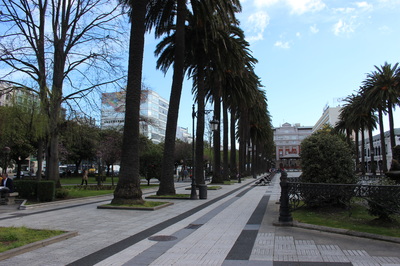 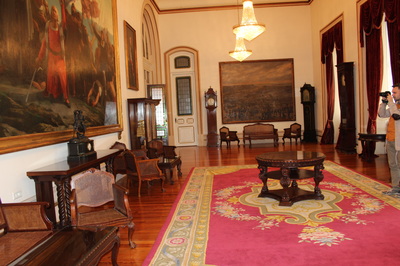