ships on the nile

Different types of vessels cruise the Nile. Boats range from the no frills ‘feluccas’ which carry up to ten or twelve passengers and have basic facilities. On a felucca guests sleep on deck under the stars - sleeping bags can be rented or guests can bring their own. The crew of local sailors prepares daily meals. Feluccas, which have plied the mighty Nile since ancient times, tend to appeal to eco travellers and those who like authentic experiences, as well as those on a limited budget.

More glossy are the ‘dahabiyas’, traditional replica 19th century wooden sailing boats similar to barges which usually hold a maximum of 20 or so guests.  Like feluccas, they have no engines and depend on wind power. Besides a soupcon of yesteryear glamour, they have more amenities than feluccas, including ensuite cabins and sometimes a small library. This is slow travel at its best, which means the journey from Luxor to Aswan can typically take six or seven days. If you choose to sail on a dahabiya you will be following in some famous footsteps – Amelia Edwards, Pierre Loti and Florence Nightingale all sailed along the Nile in one.

Of course, there are those folks who can’t bear to be without their creature comforts so may prefer to opt for one of the bigger, more luxurious, modern ships.  These generally have more spacious cabins with air conditioning – an essential for those who travel during the stifling summer months – and a swimming pool or plunge pool. Some also have a small gift shop and gym. Don't expect glitzy entertainment on board though, there are no casinos or Broadway-style shows on a Nile cruise ship. Where entertainment is offered, it is often in the form of local singers or belly dancing shows.

Most cruise companies employ the services of an Egyptologist, who is there to guide groups around the ancient sights visited along the way and who gives lectures on board. Whichever ship you sail on, be prepared to get up early as sightseeing tours start fairly early in the day before it gets too hot. Afternoons are spent sailing and relaxing while there may be more sightseeing tours in the evening. Witnessing Egypt’s centuries old scenes and historic sites is almost as though you have slipped back in time.  There is no better way to discover them than by cruising this ancient waterway, the river Nile, a tradition thousands of years old. 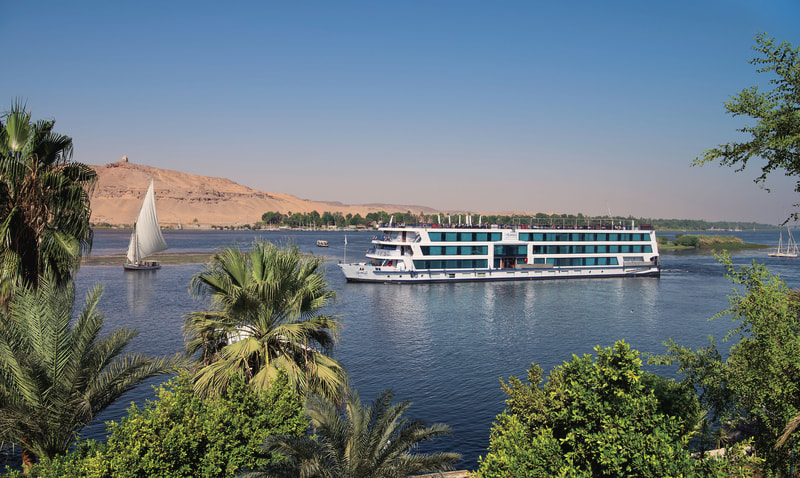 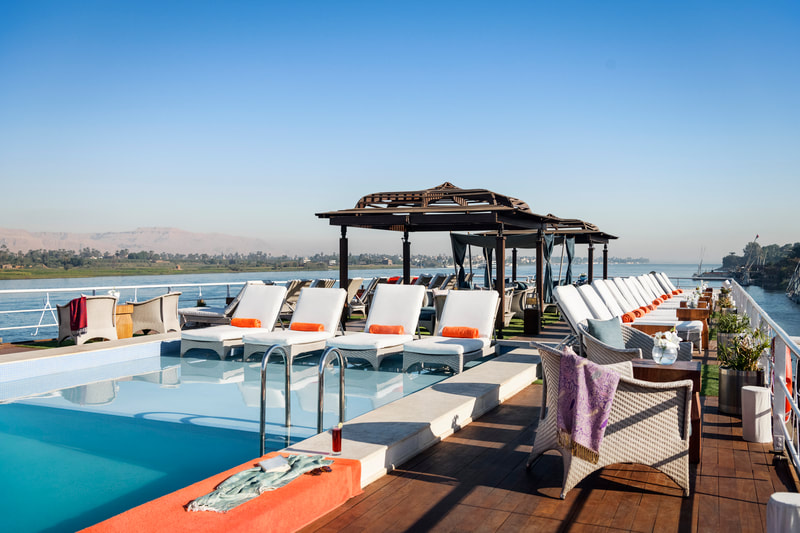