‘Dolts’ Drench’, that’s what they call the drizzle which makes the area around La Coruna - A Coruña to locals - the greenest in Spain and after a day at sea, this was our first port of call.

Within an hour of docking, enthusiastic local guide Daniel had taken us to the old city, a short walk from where ships berth, by way of a web of stone alleyways where quirky shops and bulky churches jostle for attention.  In the main square we saw the statue to feisty local heroine Maria Pita, who saw off the English during an attack in 1589 then we walked up to Monte de San Pedro, a hilltop park with exceptional views over city and sea. Those who don’t want to hoof it to the top can take the Ascensor Panoramico, a large glass ball-shaped lift. The undisputed star of this city’s show though is UNESCO World Heritage listed Tower of Hercules, a lighthouse built in the first century AD. Remarkably, it is still doing what it has done since Roman times - warning ships away from the treacherous coast.  We stopped to refuel at Pablo Gallego, a tucked away restaurant, to devour squid in pimiento, scallops and fishing-net fresh hake, followed by naughty-but-delicious chocolate cake with cheese ice cream, a local specialty. 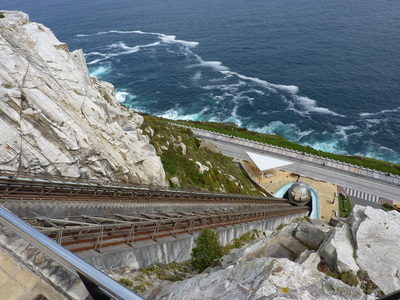 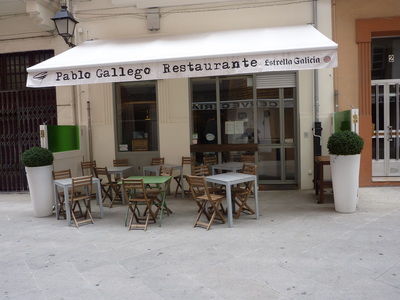 Two days earlier Mike and I had boarded P&O  Oceana in Southampton where the embarkation process was impressively streamlined. Smiling folks met us and swept our luggage away in one direction and our car in another.  Speaking of luggage, the volume being taken on board suggested everyone was bound for a world circumnavigation rather than a few days visiting some of Iberia’s high spots.  This could have been partly due to the fact that two nights on board were designated ‘black tie’, requiring extra suitcase space for posh frocks and dinner suits. Anyway, as the check in formalities were similarly well drilled it meant that by mid-day we were seated in the ship’s pretty Plaza buffet enjoying an unexpectedly early lunch.

Then, after a jolly – and very British – sailaway party with masses of Union Jacks in evidence (provided to guests by crew members) we were sailing down the Solent before crossing a remarkably calm Bay of Biscay heading for the ‘Gateway to Galicia’. 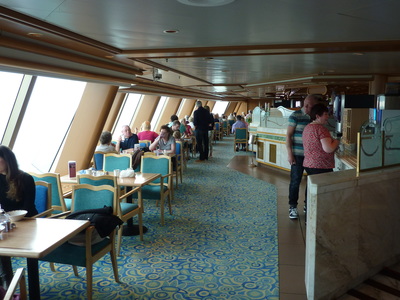 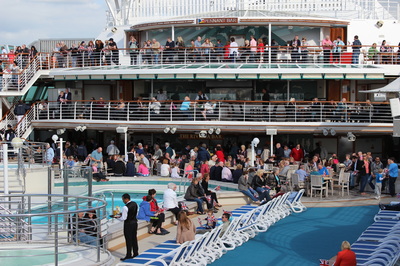 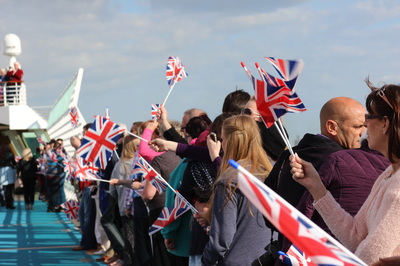 Oceana has five eating places, formal and casual. The Marco Pierre White-inspired Cafe Jardin and the Horizon Grill on deck 14 are reservations-only dinner venues where a reasonable supplement is payable. There is of course room service too, much of it gratis.  For the first time on a cruise we opted for Freedom Dining which means you roll up whenever you choose between 6pm and 9.30pm. One slight downside is that you may not be able to get a table when you want, though the maitre d’ gave us a pager to alert us when a table was ready.   I should mention that as far as drinks go, P&O’s prices are lower than many other cruise lines and no service charges are added.

We slept well in our comfortable cabin, which came with a balcony and a steward called Oscar  who couldn't do enough for us, every evening turning down our queen size bed, lighting lights, closing curtains and putting chocs on our pillows. 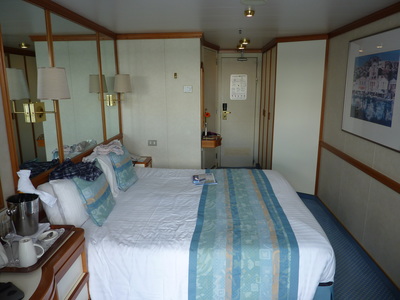 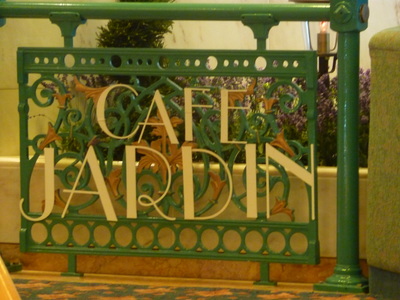 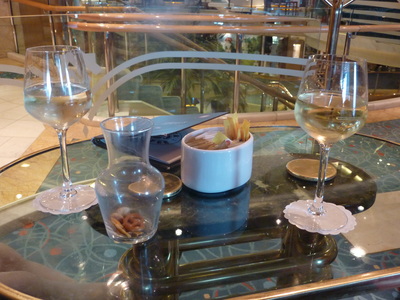 Next stop was Bilbao, where after disembarking to a fizzle of rain, we hopped on a shuttle bus to see the spectacular Guggenheim Museum, all gleaming titanium tiles. Its entrance guarded by ‘Puppy’, Jeff Koons 43 foot tall topiary terrier, garners almost as much interest as the museum itself.

​The Casco Viejo, Bilbao’s atmospheric old quarter, is awash with narrow pedestrianised streets, traditional architecture, independent shops and, of course, tapas bars.  Mike was ever-so-anxious to be like a local and try some tapas while in town, so was thrilled when Xavier our guide took us to not only one, but to two tapas venues, a great way to soak up the local atmosphere, not to mention the local wine. 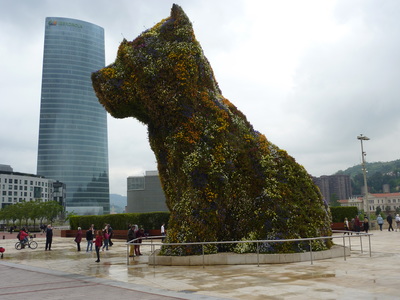 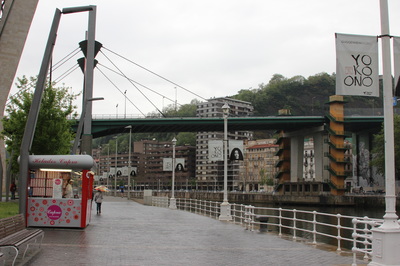 The next two days were busy visiting French ports La Rochelle and St Nazaire.  Oozing character, La Rochelle has as its main attraction a yacht-filled harbour protected by fortified towers.  Its 13th century clock, Gross Horloge, is the gateway to the town. We saw the elegant 18th-century chamber of commerce, a reminder of the town's prosperity and walked to  St Nicolas leaning tower with its labyrinth of chambers where soldiers from eons ago scratched their graffiti. St Nazaire, meanwhile, is not what you’d call pretty being much too busy working for a living. Our shuttle bus dropped us off beside concrete U-boat pens built in 1940 which look depressing but have been put to good use as a tourist attraction, housing an ocean liner experience, submarine and heritage museum. 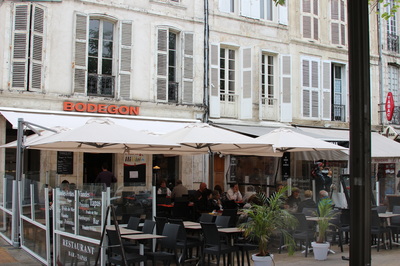 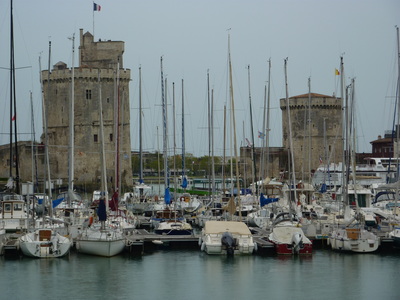 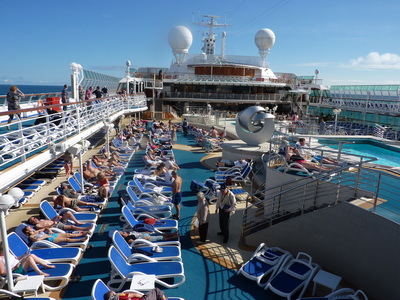 click on images to enlarge
Then one more night on board and all too soon our short cruise was over.  Oceana has a uniquely British charm, stuffed with more delights and experiences than many land-based holidays offer. What’s more, we only had to pack and unpack once.

I was a guest of P&O Cruises. Views are my own.