Gilly Pickup: Journalist, Travel Writer, Author
St Petersburg, the city once called Leningrad, is sometimes likened to Venice because of its canals.  Although many have now been turned into roads there are still 42 islands and 342 bridges made from wood, brick and iron, over those that remain.

This city doesn’t do anything by halves, when you consider that it has more than two hundred museums and, before the revolution, a thousand or so palaces.  The best known is  one of the city’s most familiar landmarks, the huge Winter Palace of the Czars which overlooks the south bank of the Neva River. The original, a modest wooden structure, was built for Peter the Great, but later replaced by the current building, its design approved by Empress Elizabeth in 1754.

​The Hermitage Museum, home to the world’s largest collection of paintings, is part of the Winter Palace.  This art lover’s dream has works by artists including Rembrandt, Leonardo Da Vinci and Picasso, although is so vast it would take many days to see even half of the exhibits. 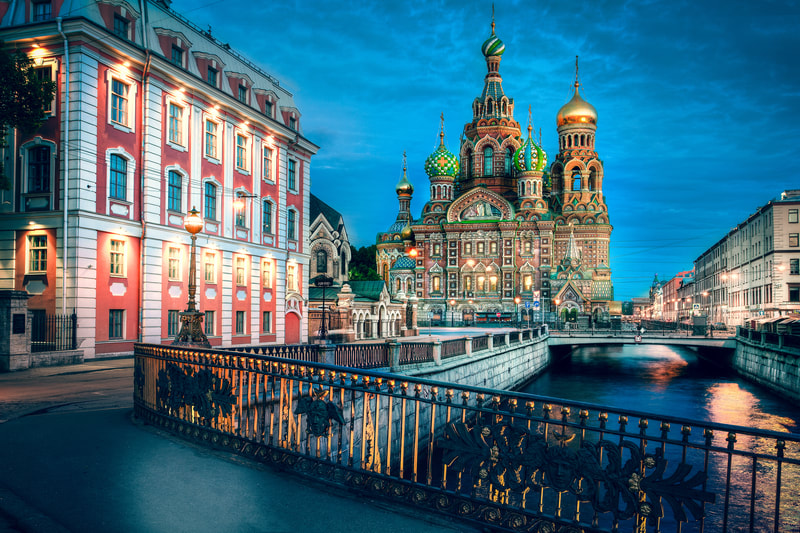 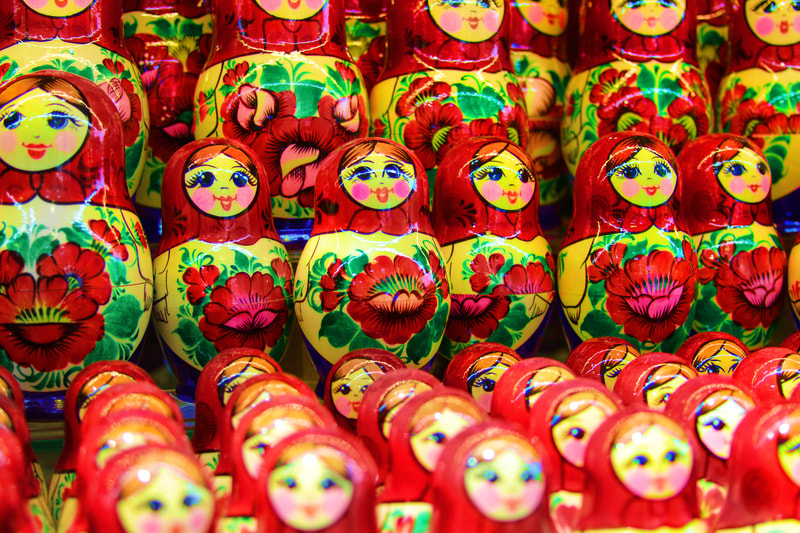 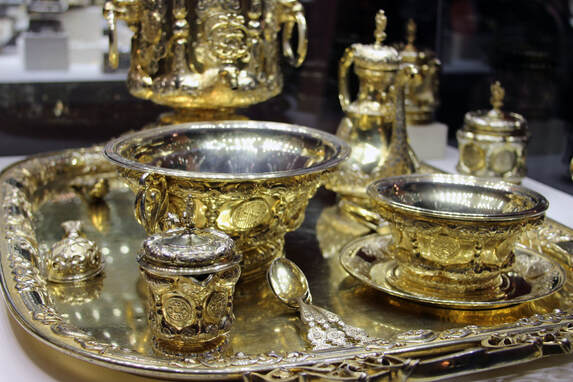 ​Talking of museums, one of the highlights of my trip  was a visit to the Faberge Museum in the lavish surroundings of Shuvalov Palace.  I wanted to see the nine imperial Fabergé eggs, the world’s largest Fabergé collection, which once belonged to the royal Romanov family. Tours are limited in number making it easy to have a good look at the eggs in their glass cases.   Some eggs open to reveal exquisite miniatures. The gold, diamond and enamel Imperial Coronation Egg contains a gold miniature carriage, while there is a miniature hen and a painting on a diamond encrusted easel inside the diamond, ruby and enamel Hen Egg.

It’s not only eggs though, the exhibition includes four thousand works of art, dinner services, sculptures and religious icons. The items displayed in glass cases are so entrancing that it is easy to ignore the rooms of the Palace itself which, in any other situation, would draw gasps of admiration. Unlike the Hermitage, the Fabergé museum allows visitors to photograph the stunning exhibits and I managed to snap all the eggs on display, including one on loan from another collection.

Here is The Holiday Magazine's take on St Petersburg    https://www.holidaymag.co.uk/st-petersburg.html

The following day I opted for a full day excursion to take in the city's  prime sights and which also allowed plenty of photo stops, one of which was the flamboyant, colourful, onion-shaped domes of the Church of the Resurrection of Christ.  It is often called the Church of the Saviour on Spilled Blood because it was the built on the site of Tsar Alexander 11’s assassination in 1881 and later used by the Soviets as a potato store during the Nazi siege of the city in the second World War.  Its interior, as colourful as the exterior, initially appears to be painted and gilded but actually consists of approximately 7,000 square meters of mosaic tiles depicting scenes and characters from the Bible. While in church mode I also visited the impressive blue, white and gold St Nicholas Cathedral.  It was built between 1753 and 1762 in what was then the sailors’ quarter of the city and named after St Nicholas, patron saint of sailors.
All images (c) G & M Pickup 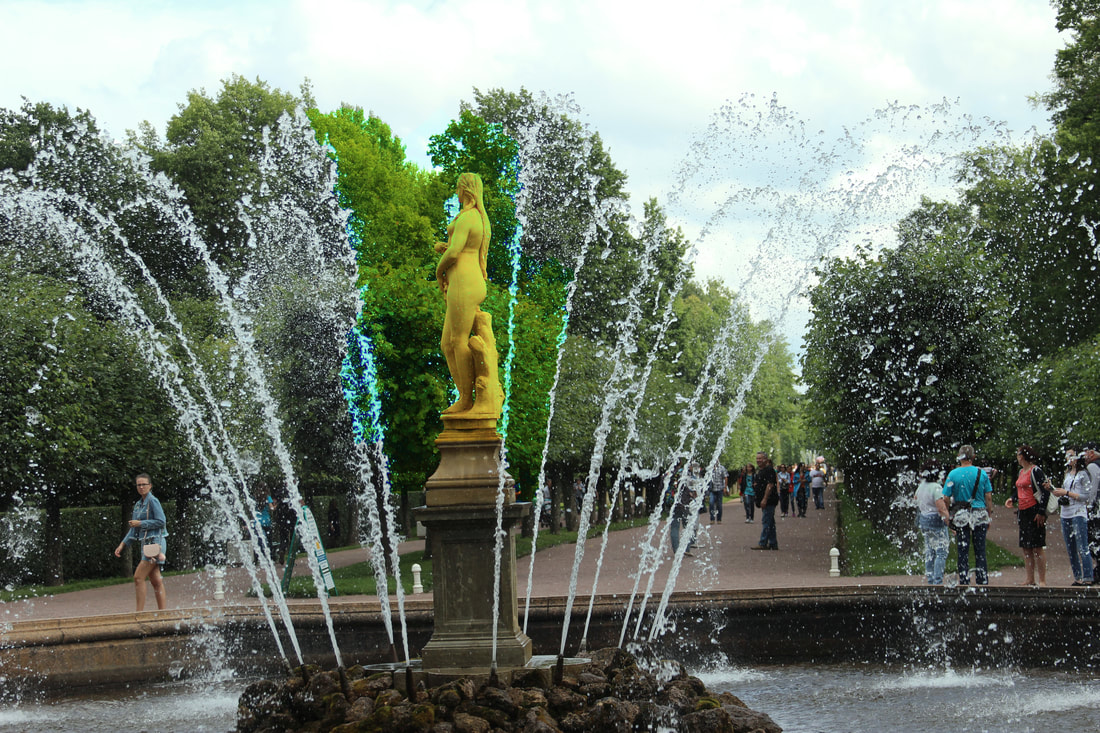