The Channel Islands of Guernsey and Sark

words/images (c) Gilly Pickup
​
​So there I was, perched precariously on an uncomfortable narrow seat in the tractor-hauled cart as it bumped its way up the hill heading for the main street ‘The Avenue.’ A few minutes earlier I had alighted from a rocky, one hour crossing on the boat from Guernsey.  The rain had stopped, which renewed my enthusiasm for exploring tiny Sark, an island which is part of the Bailiwick of Guernsey.  It is unique in that it is a fiefdom granted to the Seigneurie of St Ouen in Jersey back in 1565, with the proviso that he kept the island free from pirates.
​click on any image to enlarge 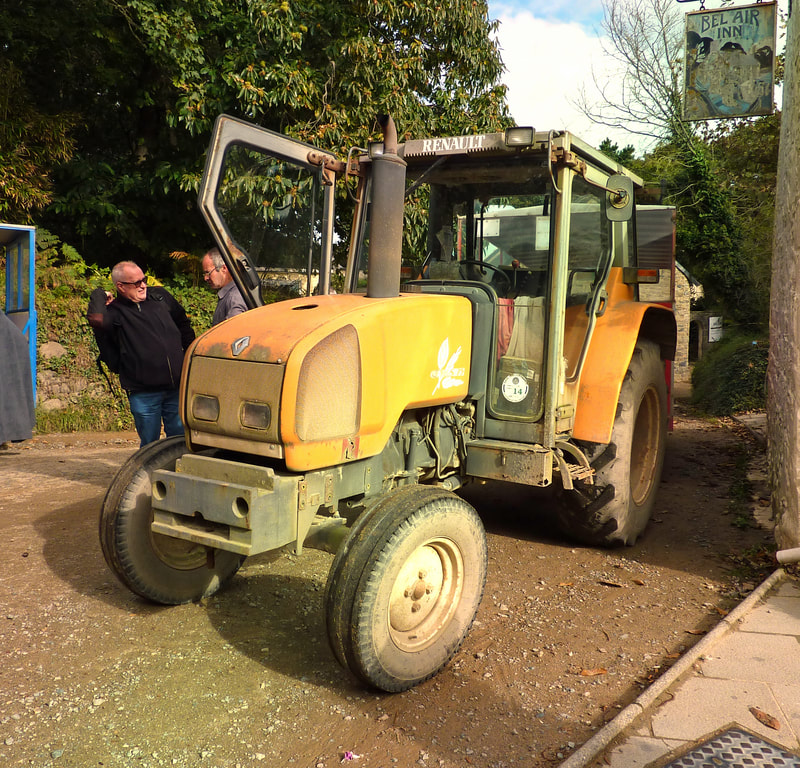 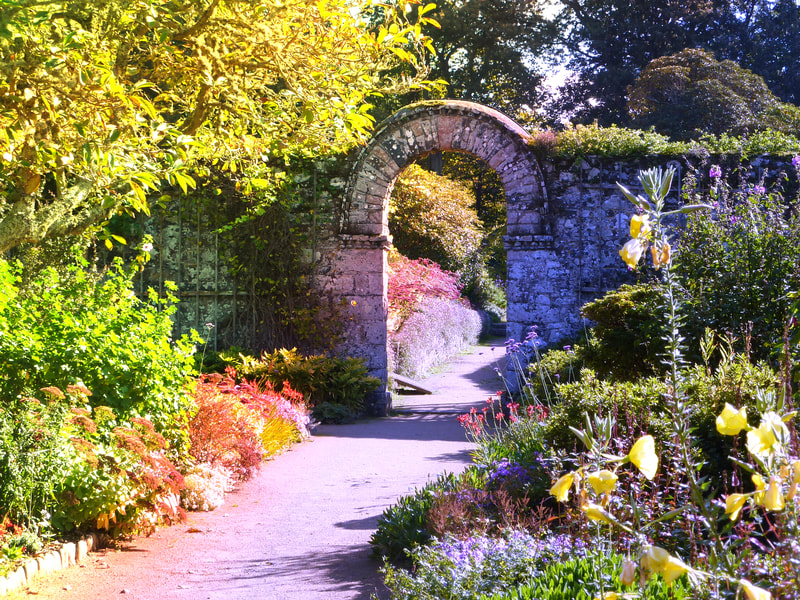 ​The ride in the tractor-hauled buggy, nicknamed the ‘toastrack’ due to its design, is one of three ways visitors can reach the village after alighting from the boat – the other two involve walking up a steep hill or hiring a horse and cart (£10 pp per hour). Even the ambulance and fire engine operate on the towed-by-tractor basis. There are no roads, just dusty, stony tracks and rural pathways, so for walkers, good footwear is essential. Those who prefer to cycle can hire one from a shop on The Avenue. Although most people visiting the island are day trippers like me, there is accommodation available for those seeking a chill out break including a couple of hotels, guest houses, self-catering properties and a few campsites.

Alighting thankfully from the buggy, I walked passed the prison, possibly the world’s smallest with only two cells –  a local told me that it is still used for rare, overnight stays. I was heading for historic manor house, ‘La Seigneurie’ built around 1675.  Though the house, permanent residence of the present Seigneur – the head of Sark, is not open to the public, the grounds are open daily and it is one of Sark's most popular attractions. There is a café in the gardens where I had coffee and cake then suitably refreshed, set off again past deep winding valleys bursting with wild flowers, white washed cottages and berry-laden hedgerows to the Hog's Back headland, a favourite spot with picnickers. Dixcart Wood is worth a visit too, in spring it is carpeted in bluebells and it remains a blaze of year round colour thanks to the profusion of celandines, primroses, three-cornered garlic, red campion and ferns which grow here.  Those seeking more adrenaline fuelled pastimes can try coasteering, geocaching or kayaking  while at low tide, there are coastal caves to explore. 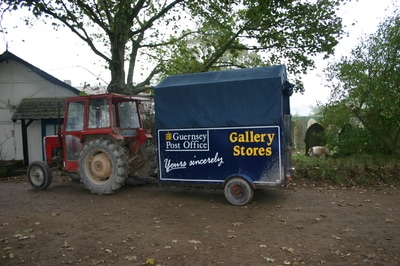 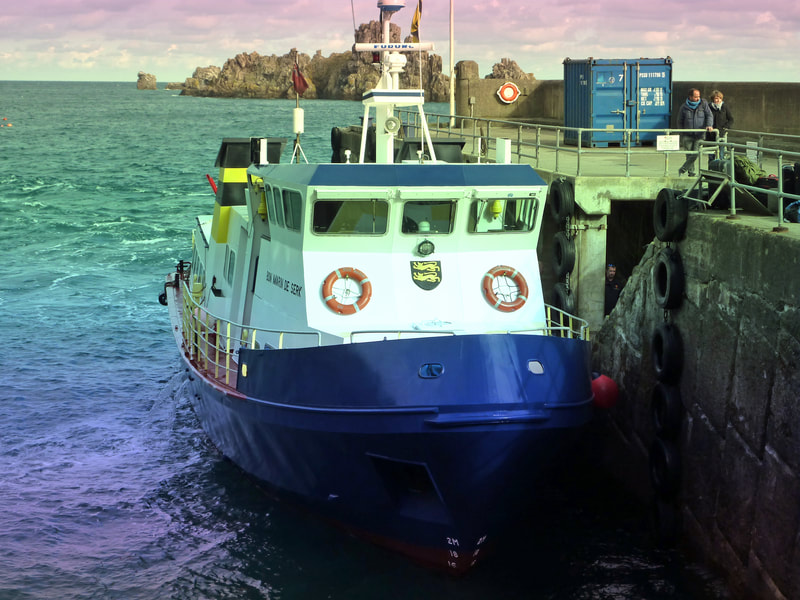 ​Sark has no street lights so if locals go out at night they have to carry a torch to see where they are going. Since there is no light pollution, the night sky can be viewed in all its glory and Sark was designated the world’s dark sky first island in 2011. No special equipment is needed to enjoy the starry display but there is a powerful telescope in a small observatory – well, a shed really - primarily designed to keep star-gazers warm at night. If you go, you’ll be bound to see the creamy rich Milky Way, a display of shooting stars is almost guaranteed and you will be mesmerised by the twinkling lights of Guernsey far across the sea.

The rest of my brief visit to the Channel Islands was spent in Guernsey, famed for its flowers and fabulous seafood and one of the few places in the world where Santa Claus arrives by lifeboat, rendering Rudolf redundant. It’s a small island, only 25sq miles, but has a variety of landscapes from rocky inlets to high-sided woodland and curving pastures. It’s easy to get whisked back in time as almost everywhere you look here there is evidence of a fascinating past, from medieval castles, forts and watchtowers to landmarks providing memories of the years when Hitler’s forces invaded the islands, particularly La Valette German Underground Museum and the Occupation Museum with its hoard of war relics.  No modern fast food outlets are allowed on Guernsey either, it has stuck to its guns.  No MacDonalds, Pizza Hut or Starbucks. Well maybe that’s no bad thing. 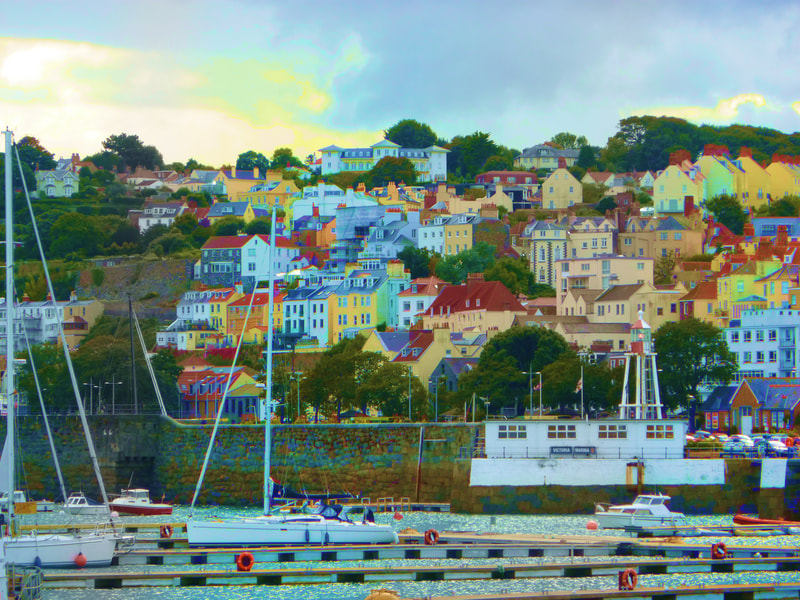 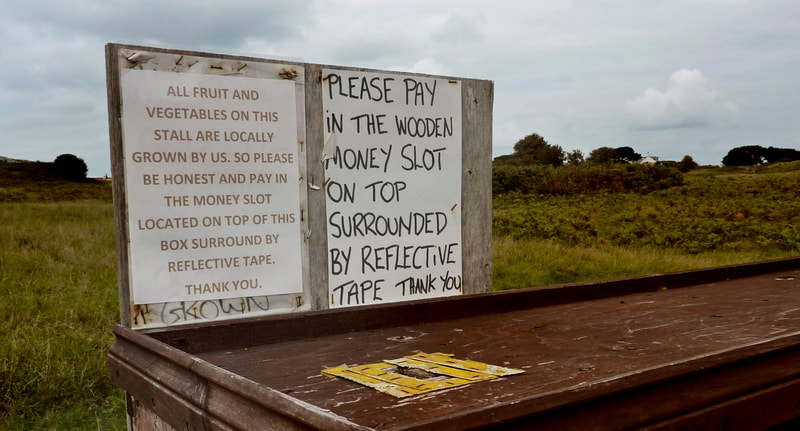 ​Victor Hugo was so enamoured with the island that he was inspired to write most of Les Miserables there during his 15 year stay.  He described his new homeland as ‘the rock of hospitality, this corner of old Norman land where the noble people of the sea reside.’ I wanted to visit his house but it was closed so had to make do with standing outside and imagining what it might look like from the inside.   I did get inside Castle Cornet though, last remaining royalist stronghold during the last throes of the English Civil War. Unfortunately for the governor’s wife, an explosion in 1672 in the gunpowder store blew off the top of the tower and she was killed. Today, it contains several museums, including one devoted to all things seafaring while its gardens are great for wafting round on a pleasant day.

Foodies should know that everywhere you go in Guernsey you’ll enjoy fantastic fare.  Personally  I like 'gache’, the local finger-licking fruit loaf  traditionally eaten smothered with rich golden Guernsey butter. Fish fans must savour a bumper bowl of seriously fabulous ‘moules’, probably the freshest you’re likely to find. Add to that friendly locals, interesting scenery and inexpensive car rental and you’ll wonder, as I did, why it took you so long to visit.