Steeped in tradition with a tumultuous history, this former Soviet Republic has its own language, culture and alphabet … it claims to be the birthplace of wine, too
​
Located in the Caucasus mountain range at the crossroads of Europe and Asia, Georgia is listed as the world’s eighth safest country on the Crime Index Rate.

I  discovered that the Georgians overfeed you with pleasure.  It was only my second day in the country and I’d already experienced three ‘supras’  (feasts). Georgians are hospitable and in their culture it would be  rude not to offer guests a table overflowing with food.  So, as a foreigner, I was treated to these lengthy restaurant supras by my hosts, each accompanied by traditional dancing and singing.

When guests sit down to eat, the table is already groaning under the weight of countless dishes of food – canoe-shaped breads dripping with melted cheese and butter, fat steaming beef dumplings which you eat with your fingers, colourful salads mixed with walnuts and herbs and plenty of delicious Georgian wine to wash it down.  Before the original dishes of food have little more than a dent in them, more food arrives – in the shape of earthy soups and stews, kebabs, chicken cooked in milk and garlic, heavily spiced ratatouille, hot cornbread ….   and so it goes on -  and on - enough to feed the five thousand and then some. *

I arrived in Tbilisi, the country’s 1000-year old capital, courtesy of Air Astana from London having first stopped off in  what used to be known as 'Astana' but has now been renamed 'Nur Sultan' .  Before anyone tells me, I know that there are  direct flights to Tbilisi from London, but that was how I had to travel, for various reasons not associated with this piece.

The name ‘Tbilisi’ comes from the Georgian word for ‘warm’ referring to natural hot springs which feed the city’s sulphur baths. ‘Taking the waters’ has been part of everyday life for the locals for centuries – the water is said to cure all manner of ills - and you’ll know you’re heading in the right direction when your nostrils catch the eggy smell of sulphur and you see the dome shaped bathhouse roofs.

The city is a jumbled mix of architectural styles. Crumbling mansions sit next to Byzantine churches, synagogues and mosques, art nouveau design rubs shoulders with neo-classical buildings, all interspersed with grey Soviet-era apartment blocks. Most eye catching of all are the balconied dwellings perching precariously on cliff tops above the Mtkvari river.  Not that it’s all blast from the past stuff.  There are plenty of night clubs, modern art galleries and a burgeoning fashion scene in town and rather bizarrely, recently built police stations and government buildings are constructed from steel and glass, rendering them see through, symbolic of Georgia's aspirations for democratic transparency.

However, all that aside  I won't go back to Georgia again because the number of stray dogs I saw in towns and in the countryside was  devastatingly sad ( if you happen to be an animal lover.)  Some were suffering so badly from starvation * and illness that it was hard to see in some cases that they were in fact dogs at all.  It is something that I will never forget.  Many Georgians, it seems, have little time or compassion for  animal life, while the authorities  simply turn a blind eye to this shameful sight.  Hard to believe we're in the 21st century. 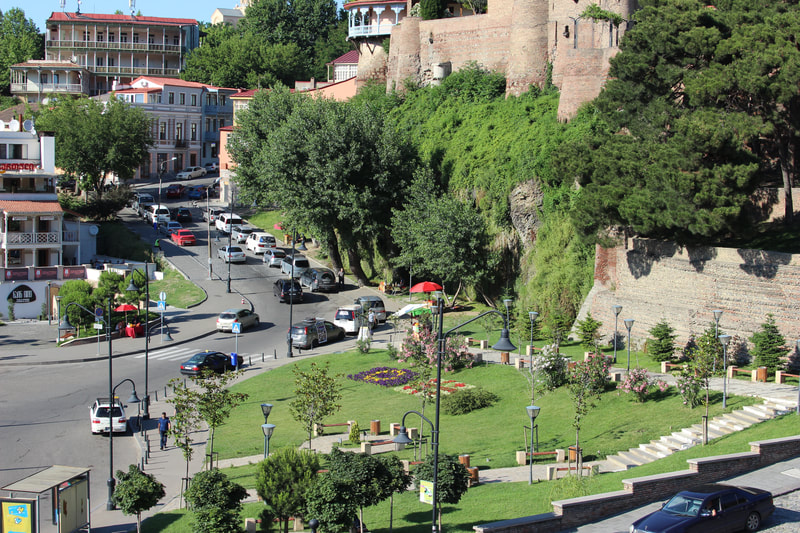 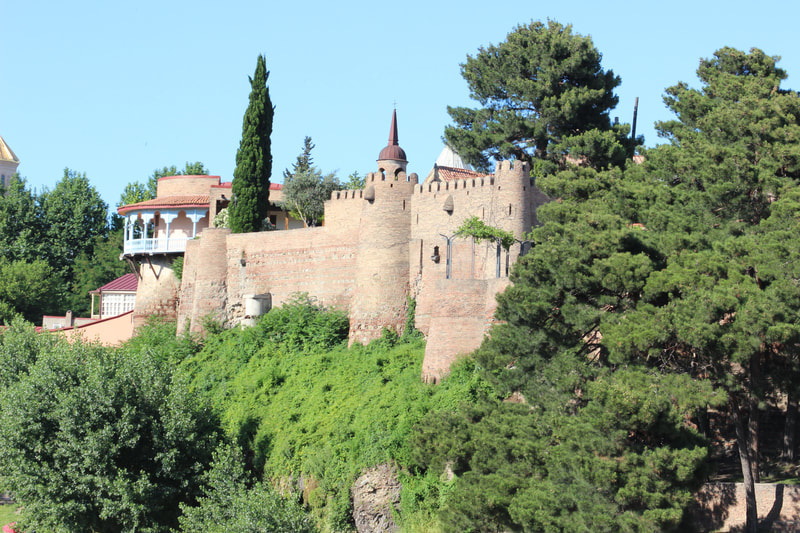