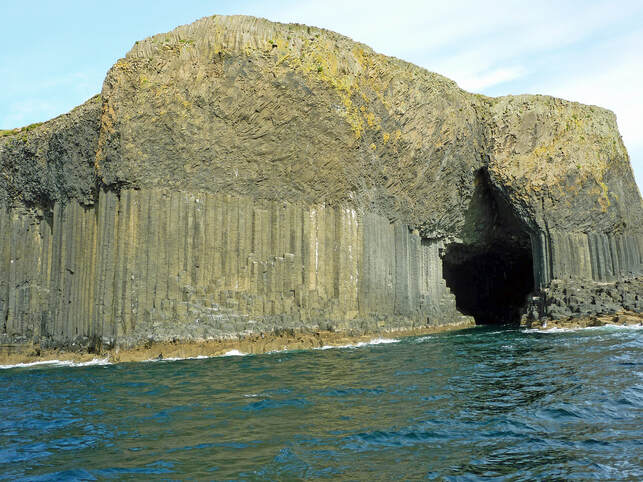 Fingal's Cave photograph copyright Mike Pickup
​Caught between powerful sea and endless sky, tiny, uninhabited Staffa rears up dramatically in swirling mists from the surrounding seas like an exclamation mark.  It is without doubt a breathtaking  sight. This beguiling island in the Inner Hebrides is best known for Scotland’s greatest natural wonder, Fingal’s Cave.

The volcanic island is home to unique geological features, comprising caves and hexagonal black basalt columns. Millions of years ago these formed the cathedral-like structure that is Fingal’s Cave. Its Gaelic name is Uamh-Binn, meaning 'cave of melody'. It is quite possibly the strangest, most glorious chunk of geology in the British Isles. 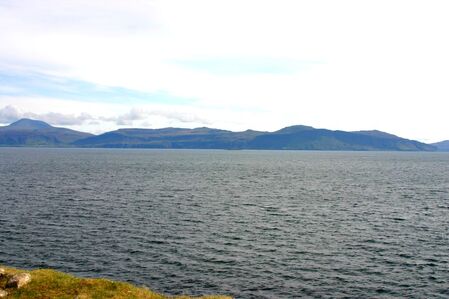 Staffa (c) Gilly Pickup
Pockmarked with sea caves, otherworldly Staffa, the name means “Stave island” or “island of Pillars”, was named by the Vikings for its vertical, hexagonal basalt columns. The Vikings thought the columns could not have been formed by natural forces and must be the work of gods or giants. They couldn’t have known they were formed from lava which flowed from an eruption of the Mull volcano around 59 million years ago. Columns like these are also found at the nearby island of Ulva, and the Giant’s Causeway, the area of around 40,000 basalt columns in Ireland.

It is often a choppy journey to reach Staffa, it always seems to be choppy whenever I go and a landing is never guaranteed; sea conditions have to be calm due to treacherous rocks at the berthing point. Even on the calmest day the swell at the landing place can be heavy. But as soon as the island comes into view it’s plain to see what all the fuss is about. Lying six miles west of Mull, there is nothing to detract from the island’s ethereal beauty – no cafés, tourist souvenir shops; no buildings at all.

Staffa Trips have twice-daily sailings to Staffa from Iona and Fionnphort from April 1 until late October and aim to allow visitors at least one hour ashore.​

Wonderful Wildlife
Staffa’s wildlife is dominated by seabirds: black-legged kittiwakes, common shags, gulls and puffins.  A  large colony of puffins breeds
on the island every summer and they congregate on the cliffs, diving into the water to appear again with beaks full of fish.   Did you know that they can carry up to 30 at one time? Here's a tip -  if you stand very still, puffins will flock around you as they know that the closer they are to people, the less chance they have  of being attacked by  seagulls, their main predator.  Sea wildlife includes basking sharks, dolphins, grey seals and minke and pilot whales. 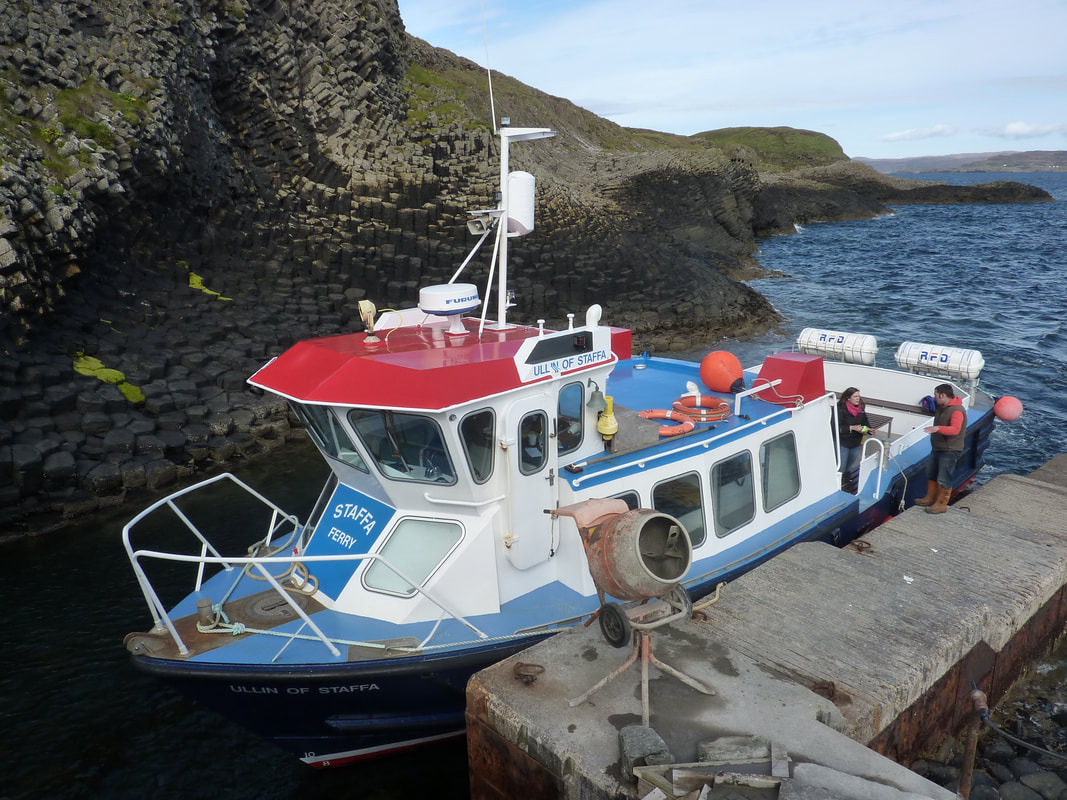