​There I was, meandering sedately along one of Amsterdam’s Golden Age waterways on a canal boat.  ‘Look, to the left,’ instructed our guide, ‘the Anne Frank House.  One of our city’s most popular attractions.  Ah, just look at those queues…”  she paused to let her audience take in the line of people snaking all the way from the museum’s front door right round the corner into the distance.  “And this is December!  Can you imagine the length of queues in summer?”  She shook her head dejectedly and I thought for a fleeting second she was about to burst into tears.  Almost immediately though, she brightened up again to tell everyone that Amsterdam was one of the world’s most dynamic ports from the 18th to 20th centuries; it has more bridges than Venice and that the ‘grachtengordel’, the city’s canal belt, is a UNESCO listed treasure.  In this city where bikes outnumber humans, it also wasn’t too surprising to learn that thousands end up in canals every year – bikes, that is, not humans – and the city council dredges the canals regularly with a boat-mounted claw.
(hover cursor over images for captions.  Click on image to enlarge.) 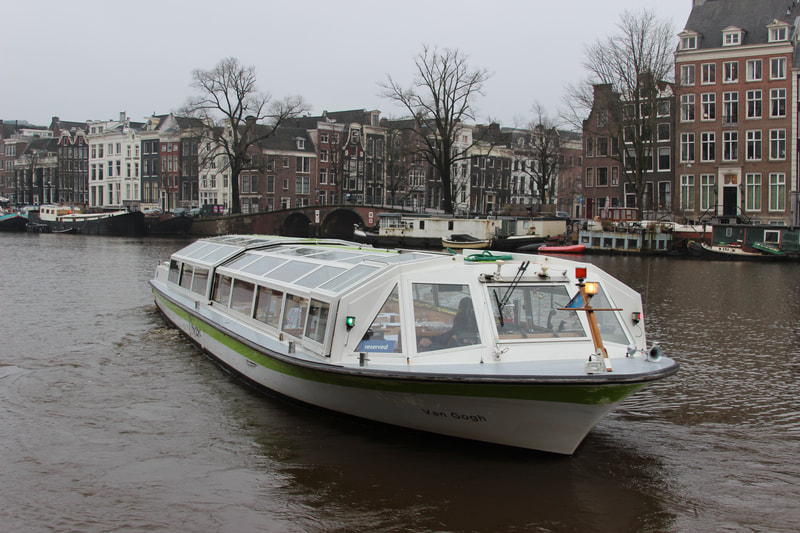 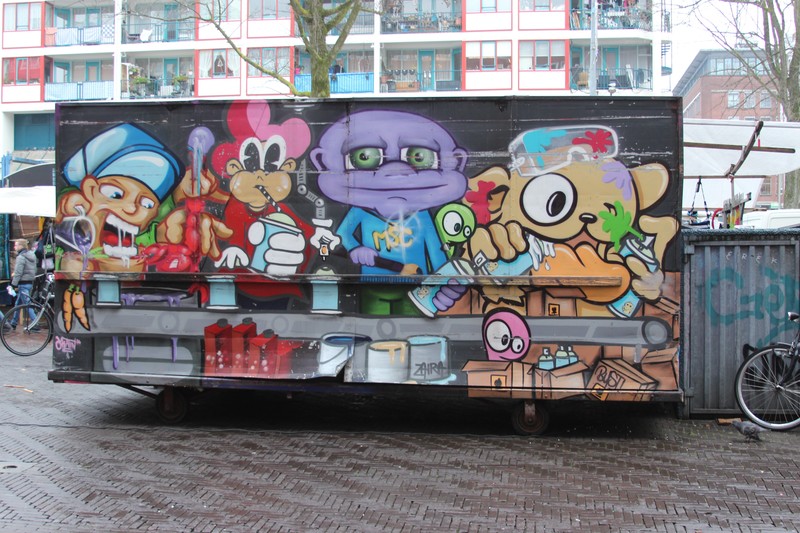 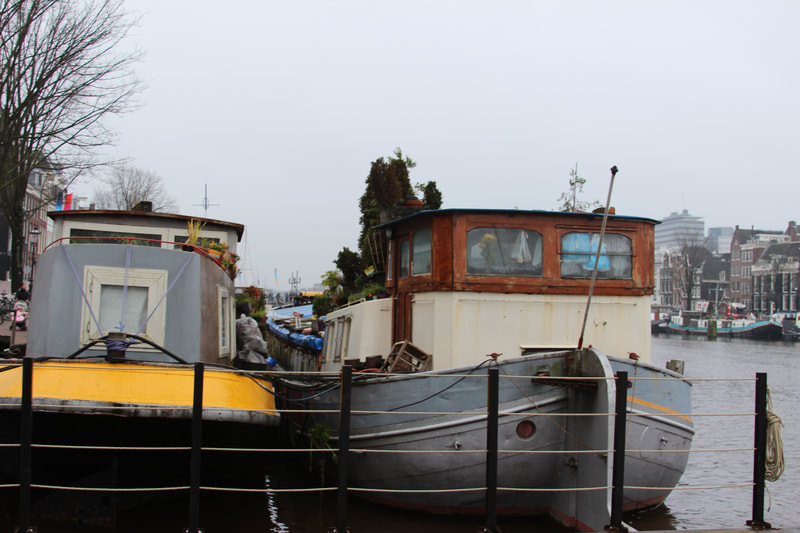 The one-hour canal trip came to an end outside the Hermitage Museum - formerly a retirement home for 'elderly' women aged over 50! – and outpost of Russia’s State Hermitage Museum. Inside temporary displays include 63 Dutch Masters from the St Petersburg  parent collection which I visited earlier in the year. Of course, links are longstanding between the Netherlands and Russia, with Peter the Great, once Russia’s ruler, visiting Amsterdam in the early 17th century and taking the Dutch city’s canals as architectural inspiration for his home city.

My canal trip and museum visit were incorporated in one of Cruise and Maritime Voyages shore excursions as part of their pre-Christmas cruise on Columbus. Other optional excursions included a four hour walking tour of Amsterdam  and a rather unusual  one hour city tour by tuk tuk .   The 12 deck ship targets mature British passengers, with capacity for 1400.   There aren’t many cabins with balconies – only 64 of 775, but ocean view rooms are large with plenty of storage space.  Meanwhile,150 cabins allocated for single travellers mean capacity is down, so the ship although busy, doesn’t feel awash with people. 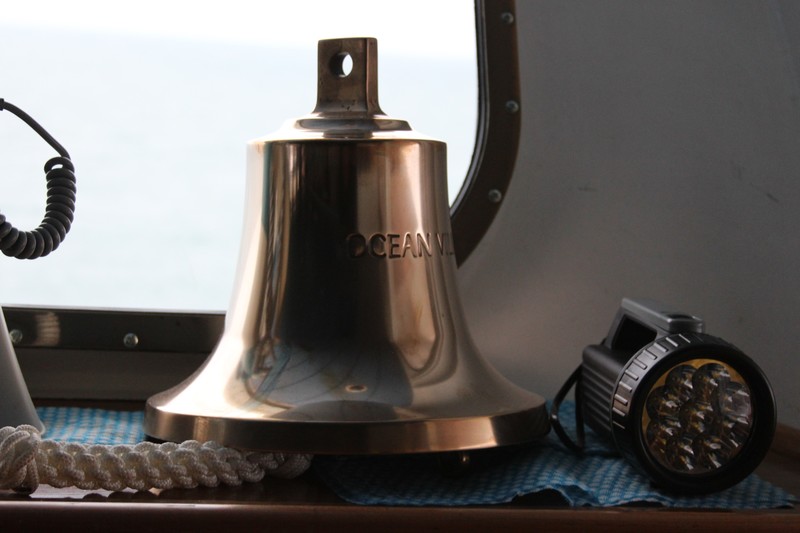 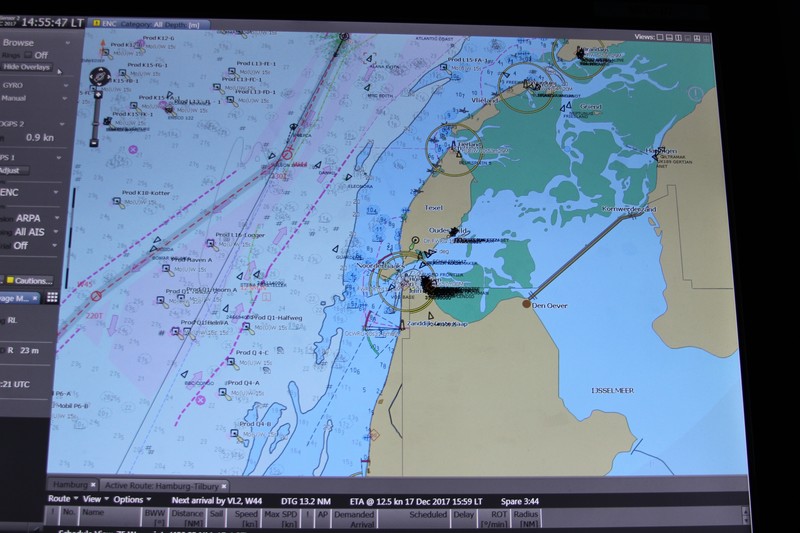 There are fixed dining times for dinner in the Waterfront restaurant but those who prefer to eat when they want to can go to the buffet with waiters on hand to bring drinks from the bar. There’s no obligatory service charge on top of drinks. Those who want to splash out a little, or celebrate something special, can opt to pay extra to eat in Fusion or The Grill while the ship has several lounge bars, including the British themed Taverner’s Pub on Deck 7.

While I was on board, evening entertainment included a rock ‘n’roll production in the Palladium Show Lounge; ‘Diamond Duo’ Tatiana and Lara singing classics in Raffles Bar and the cruise director doing his best Elvis impersonations in the Dome Nightclub.  During the day, there was something to suit most tastes from Crazy Golf, fitness classes and table tennis tournaments to learning to making gingerbread men, carving fruit and vegetables into weird shapes, towel folding demos, quizzes and lectures.

The second and only other port of call on this short cruise was Hamburg, where as a fan of the ‘Fab Four’ I was looking forward to the evening Beatles Tour.  Before that though, a coach took us round some sights including HafenCity which is the redeveloped harbour area and a UNESCO World Heritage Site.  We stopped off to have a look inside the city’s newest building, Elbphilharmonie concert hall too. This glass structure which stands on top of a one-time warehouse building offers a magnificent 360 degree view over Hamburg from its plaza.  As darkness fell, it was time to hop on the underground train for the short journey to the Reeperbahn in the St Pauli neighbourhood. From there it was only a short walk to Beatles Platz, cleverly paved to look like a vinyl record.  There is no denying it, this is a seedy area  –  sex shops, girly shows and flashing neon lights - but popular with tourists and of course the Beatles once called this red light district home.  Our cheerful guide Stefanie Hempel is founder of the original Hamburg Beatles walking tour which she set up fourteen years ago. These days other Beatles tours have sprung up but as far as I know, none of the other tour guides produce a ukulele and break into Beatles songs at intervals throughout as Stefanie does. She had no information to share about the band that I didn’t already know, but then what is there to say about the Beatles that hasn’t been said? For this ‘Day Tripper’ to Hamburg, it was memorable tour to round off a lovely mini cruise. 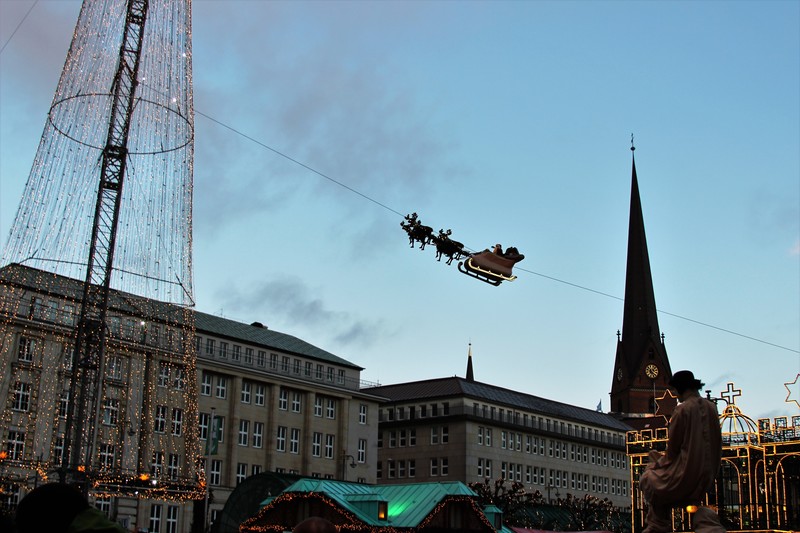 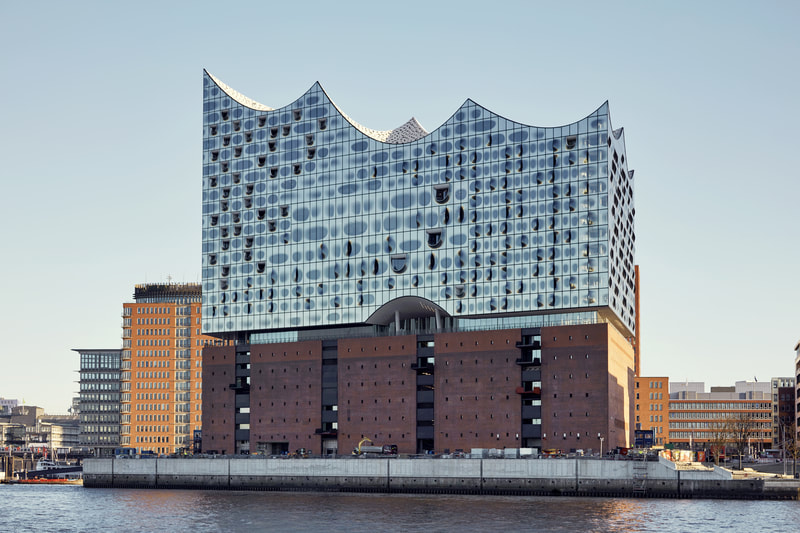