"There are many moles in Bulgaria,” announced the tour guide as we whizzed through the rain-spattered town of Varna, Bulgaria’s third largest city on the Black Sea. We were on our way from the airport to the resort of Golden Sands. “There’s one now!” he exclaimed excitedly, pointing haphazardly through the window. Craning my neck I tried to get a glimpse of a small, furry creature but all I could see were puddles on the road. “There’s another!” He was grinning proudly from ear to ear now. “ Is true! Bulgaria, she has more moles than any of our neighbours, Serbia, Romania or Turkey.”  Well, I suppose you learn something every day.
click on any image to enlarge 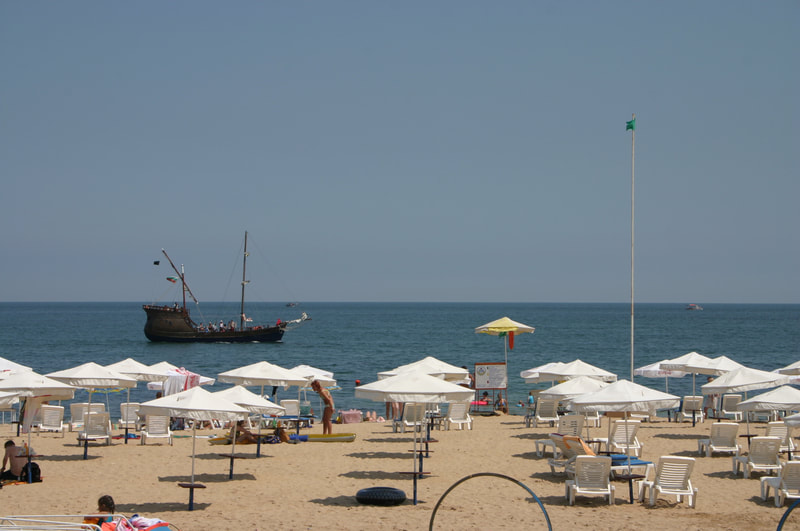 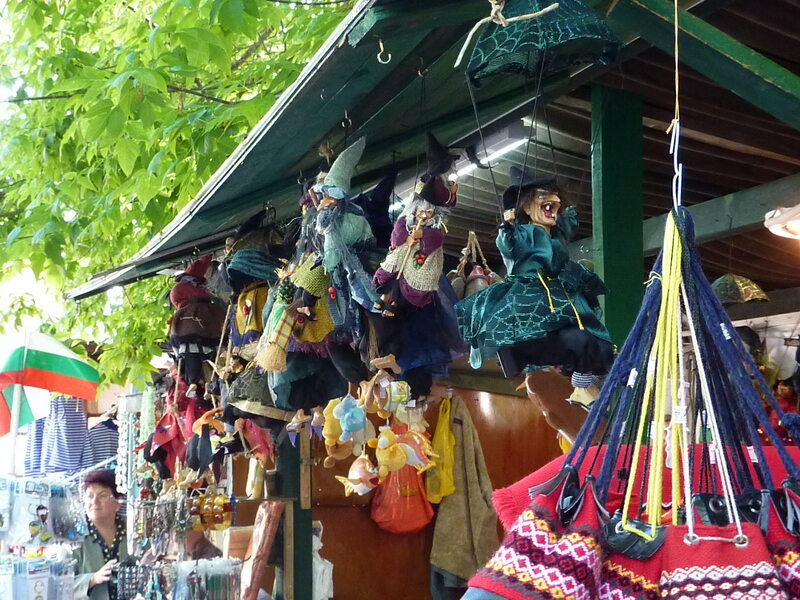 ​Before long, Golden Sands hove into view. Surrounded by richly wooded hills and hot water mineral springs, it has a gorgeous two-mile stretch of Blue Flag sandy beach. Water sports are a major attraction in the area and there is also an equestrian centre nearby.
​click on any image to enlarge 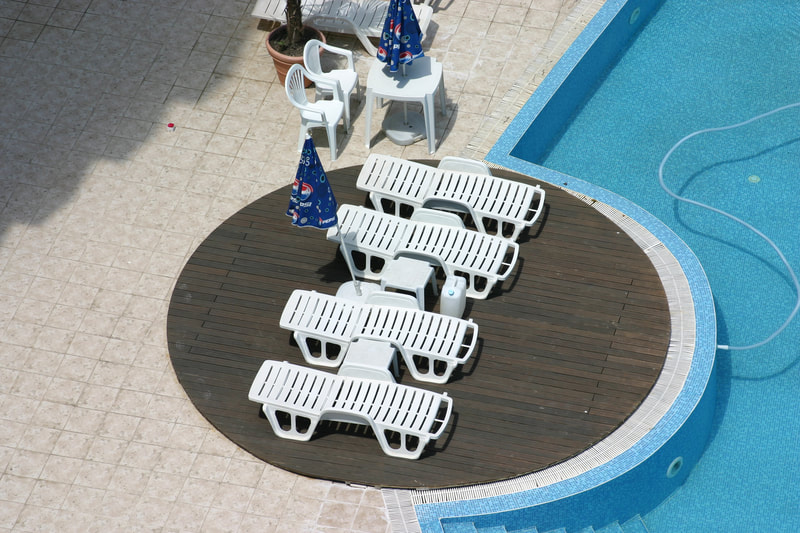 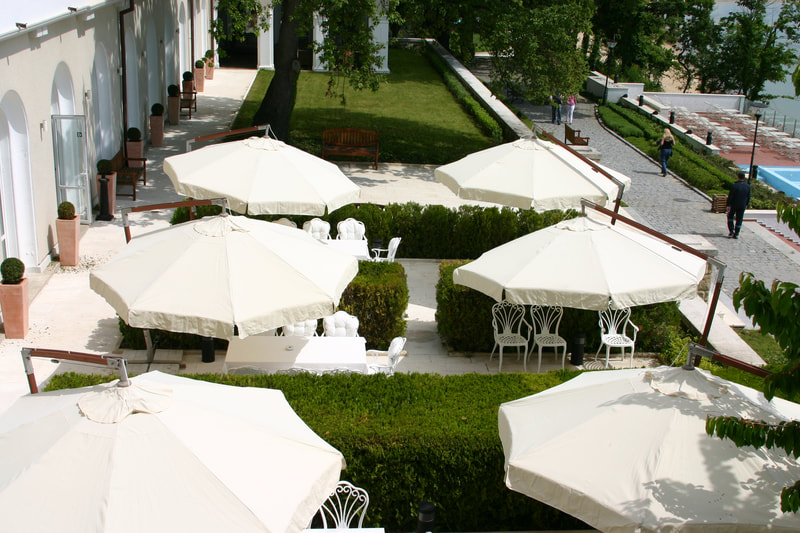 Our base was the Helios Spa and Resort, a complex close to the beach offering both four and five star accommodation. My suite was a huge affair on the 21st floor which came with all the bells and whistles including a swanky balcony overlooking the hotel's swimming pools and the sea.  The hotel has several  places to eat including the main buffet restaurant serving Bulgarian and international food;  an a la carte restaurant  and the poolside bar and grill which, I have to say, does great pizzas for a pittance.
​
​Not that there is a shortage of places to eat in Golden Sands resort, though vegetarians have a harder time in this land where fat, filling stews and meat rich, earthy soups are a mainstay of local cuisine. Meals generally start with a shot of rakiya – local brandy with a kick like a mule, followed by salad, the most traditional is a ‘shopska salad’ (diced tomatoes, cucumber, green pepper, topped with feta cheese and seasoned with olive oil and parsley). Another specialty is Tarator, a cold soup made from chopped cucumber, walnuts and yogurt. 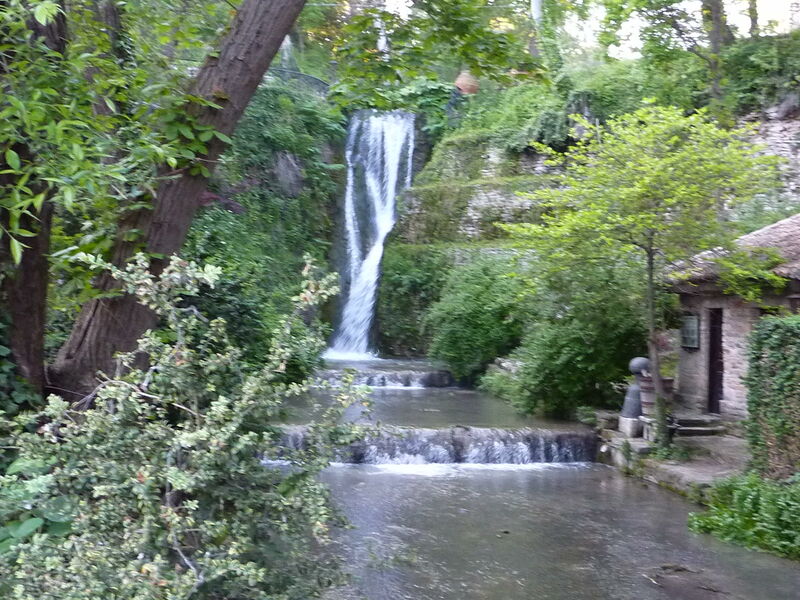 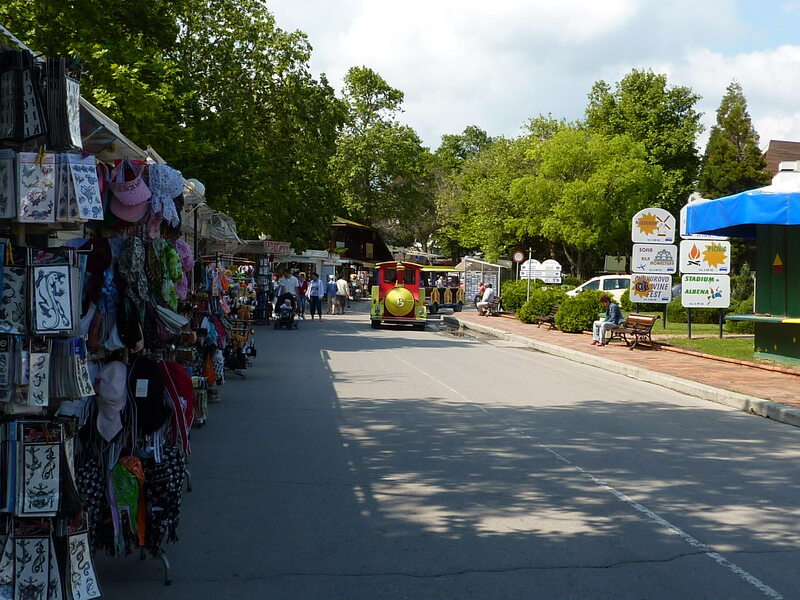 More on Bulgaria here ..... (and you can find out if I did see any moles)
​images (c) Gilly Pickup